Discovering Who You Really Are Through Meditation

What do I mean when I say that “in the end, the path is no path”?  What I mean is, when you begin, there may be a necessity or a requirement or a need to follow some steps in order to see who you are.  For most of us, we're not encouraged when we're young (especially from my generation and even older generations) to follow who we are. But we're more encouraged to follow who we think we are or to follow the intellect or a job or money. It's a little less about who are you really.

Search it out!  Who are you really?

I didn't get a lot of advice like that but I did get a little bit. But it definitely wasn't the focus. It was more like: “What do you want to be when you grow up?” as opposed to “Who are you really?” So you know in the beginning that can be confusing for a person. And just say there's no path so just see how that goes. That might be a difficult road to walk. You may need to follow some steps or some guidelines in order to see who you are.

Hopefully along the way you learn something about baking a chocolate cake, so that the next time you don't have to pay such close attention to the recipe.  Or maybe you do a terrible job as it turns up more like a pudding than a cake. And so you go “Okay I'm going to try this again” or you decide “Maybe I'm not cut out for making chocolate cake” and you do something else.

And really this is how a meditation practice or lifestyle works as well.  It's you starting to do some techniques where you see who you are. So the goal of yoga and meditation (for those of you who have listened to my work or have been watching the videos and following what we do at Dharma temple)  is mental clarity, plain and simple. You go to a yoga class and the yoga teacher says something like “if you would like to make progress”, or “if you would like to advance in the posture”. That's a tricky statement because in order for you to make progress in yoga, that teacher wouldn't be able to tell by whether you were doing an advanced yoga posture or not.  By advanced I mean like whether you look like you were in Cirque de Soleil or not. That isn't how it works in order for them to tell if you are making progress in your yoga practice. They would have to notice things like:

Is this person really listening?

Is this person having a deep internal experience?

What is this person's energy like after the class?”

That's how you could tell if the person was making progress as far as it goes.

So the idea I think is that you see how having a path will start to make things come to life.

You learn a bit about baking; you learn a little bit about the ingredients and how they fit together. You learn a little bit about time. It's a great analogy for understanding the path part. But eventually if you feel called to be a baker or a meditator or a yogi (which I think is an essential for a human being in some way to find some mental clarity so that they can see who they are) and apply it to your work, if you have some mental clarity to do your job, ultimately you improve the quality of your life.  By repeating and repeating and repeating, you start to see:

It's not about putting my feet on top of my head in a yoga posture.

It's not about quoting scripture really well.

It's not about how long can I sit cross-legged with my eyes closed.

In fact there was one great zen master. He was the one who made the koan, a riddle or an unanswerable question that is meditated on sometimes for years and years to bring an experience of meditation.  His teacher wrote a hundred responses to koans and when he became the teacher of the community, he burned all of the responses. The reason he burned all the responses is because this isn't the point. Click here to find the water damage irvine near me

I spoke in a previous video about the concept of a raft to cross the river.  You use the raft to get across the river and then you leave the raft behind. Or in zen they talk about the finger pointing at the moon. The whole purpose of the practice is to recognize you are the moon. Once you have some understanding that you are the moon, you're able to carry yourself in a way that you're meditating all the time without any effort and that's really what I mean by “the path is no path”.

If you'd like to take up a simple meditation technique which I've shared on my personal Instagram, you can follow me there.  You could do this simple meditation.  I recommend doing it for one week or you could do it for longer even for one day.  I recommend doing it for 25 minutes. You could also do it for less time but I found 25 minutes is a great way to explore it.  All you would do in this meditation is:

You may move through all kinds of things:

Eventually you realize all the things that you think are you are only relatively you.

When you start to widen the lens so wide that you see who you really are in relationship to all of this, any kind of path or identity or belief system where you must behave this way because, starts to dissolve. And in that, there's freedom, which ultimately is the end goal of meditation, yoga or any sort of practice like this.  So I hope that makes sense to you.

Perhaps you only want to make chocolate cake. You're not interested in other types of baking so you could follow one recipe.  Or you could follow one baker who you really love the way they make chocolate cake. But ultimately if you want to find yourself free in the kitchen to create whatever you like, my recommendation would be to master that one recipe and study many recipes along the way. 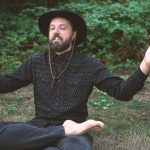 How Memory and Time is Preventing Your True FreedomKundalini, Meditation, Mind, spirituality 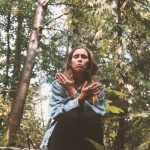